When one gets a new camera and wants to kick off version 3.0 of your photographic career the right way, there was only one logical choice for a subject and location. Jessica Magary on the beach. It’s almost impossible to match up schedules, but when we do, it’s glorious.

As one famous movie character once said “We goes along like peas and carrots.” You can see images from several previous sessions on this page by using the search feature.

Every single time we team up, we get something new and exciting. The bar gets raised, we make the jump to the next level, et cetera. Well, add a brand new Nikon D750 into the mix and now we are talking two or three jumps up the epic-ness scale.

And the joy, oh the joy. We have so much fun doing this. We get downright silly at times. I have enough outtakes, surprised reactions, and such that I could make a whole separate post using just those.

For example, at one point during this session I was sitting down with my back to the ocean and taking photos of her standing on a sand berm. All of a sudden she made a surprised face and said “ooo”. I got the shot. I had a moment of time to wonder what that was about and then got hit with an unexpected wave of cold water.

It wasn’t a big wave, mind you. Just enough to get to get my butt wet. Boy, that was a wake-up call, though. Better than two cups of coffee. We both laughed for a good five minutes after that. From that point on we made sure that that would be her warning to me that I was about to get hit with another wave.

As always, it was over far too soon. Saying bye for now is always the hardest part of our time together. Promises were made to go again as soon as possible. As long as there’s a charge in my batteries and an empty media card, I will always be ready and willing to work with her again.

Mark Knopp is a Virginia-Beach-based portrait photographer and photography teacher that covers the Hampton Roads community and beyond. Contact him today at mknopp1@cox.net for all your photographic needs. 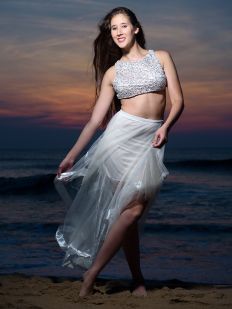 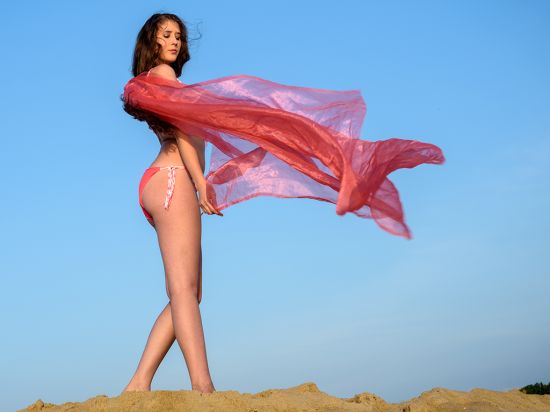 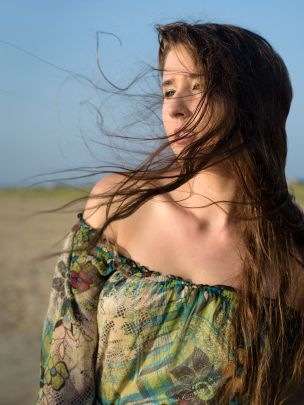 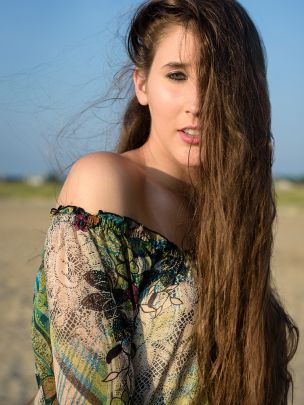 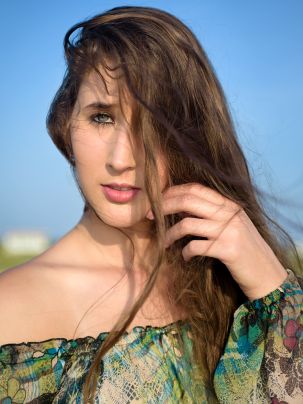