It was her first fashion session and my first session since the lock down.

I don’t need to tell you how hard the past few months have been. As a creative person that does their best work with another person on the other end of the camera, it was especially rough. Yes, I could take pictures of flowers and landscapes, and I did. However, that’s like giving someone who craves a chocolate chip cookie an oatmeal raisin cookie. Sure it’s a cookie, and it looks the same, but it just doesn’t give you the same level of satisfaction.

So, I plotted and I planned for the moment I would see that sanctions were being eased up. Corvus had been on my must-shoot list for a while at this point. We were already in a holding pattern, waiting for the weather to warm up and settle down, to team up for what would be her first fashion photo session. When it became clear that we were going to get a green light, we were ready to go. 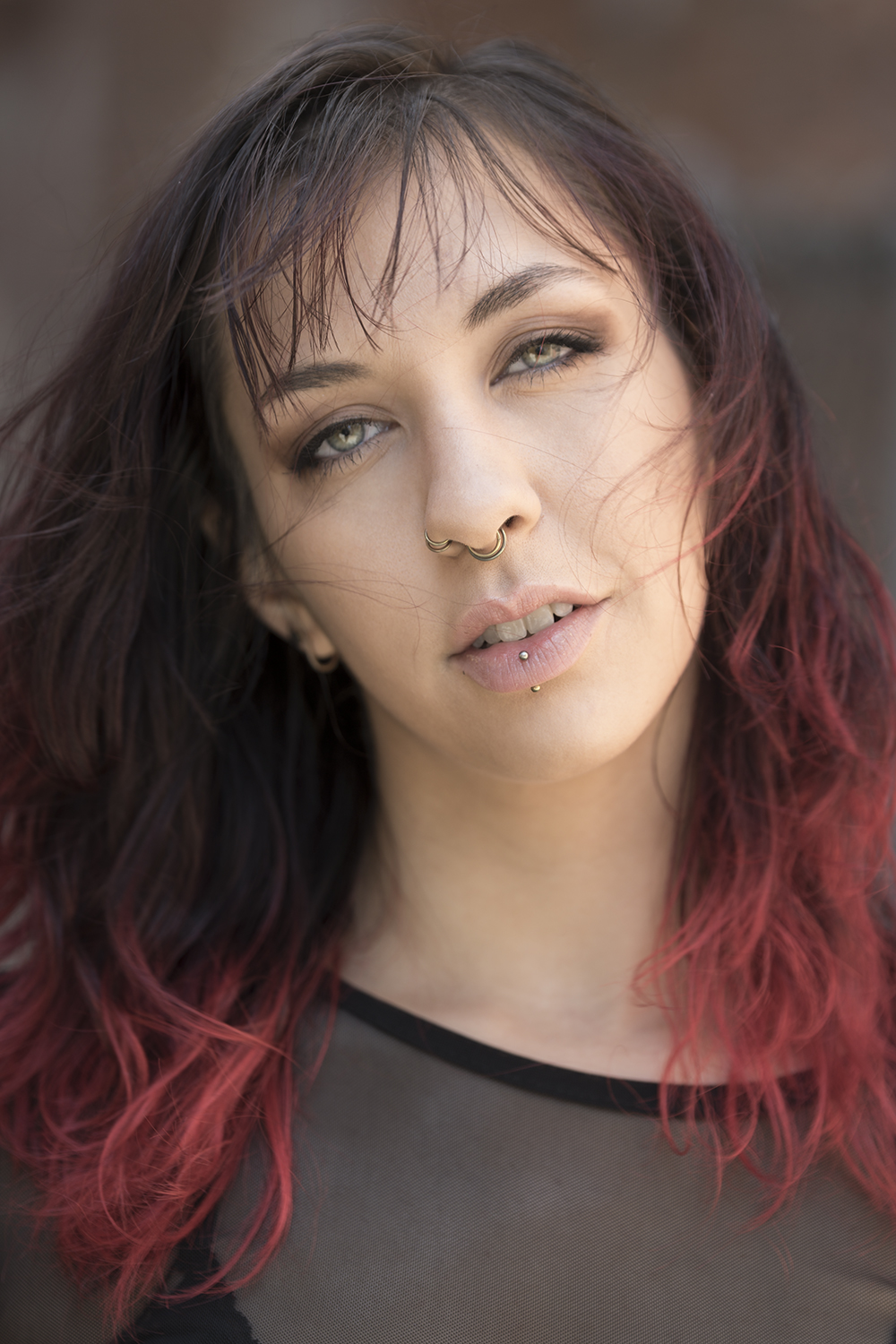 I love downtown Norfolk as a session location as it offers up one of the most diverse environments to work in. Within a few blocks we have a garden environment, a oriental backdrop, an upscale neighborhood, waterfront, and a battleship. So many things can be done with those. For the needs of this session, it also has gritty alleys, modern buildings, and quieter downtown streets for an edgier fashion session.

Everything has a counter balance, though. In this case the potential downside to the location is people. People walking and driving by. People that sometimes stop and stare. Norfolk, however, is used to it. 90% of the people typically walk by without a second look. Some, having to walk past us, ask to see if it’s ok to do so which is simply amazing. Occasionally we get some words of encouragement or a quick question about the model’s outfit or my gear and then they move on. 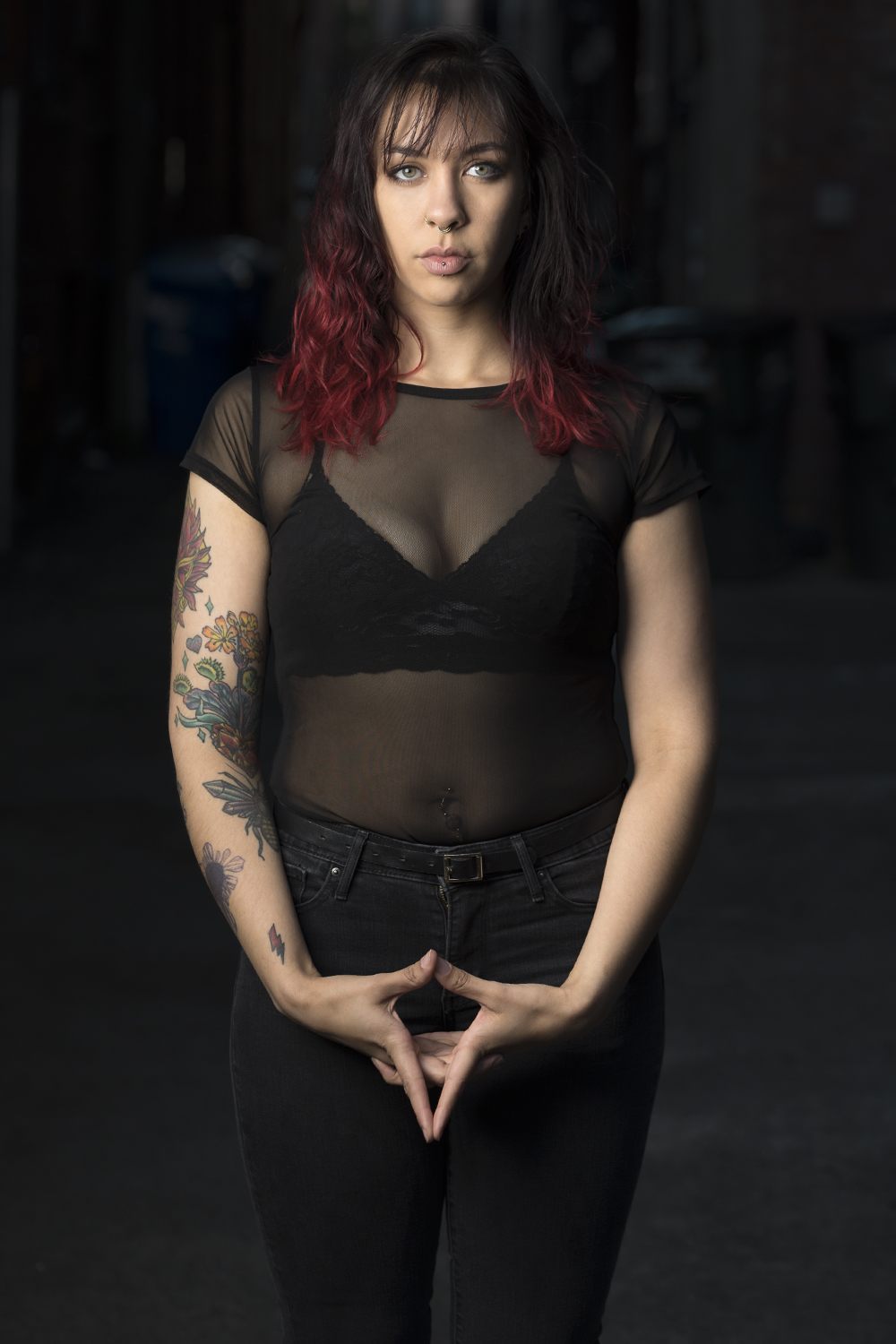 During this session another photographer came in about half way through our session with models and what I’m assuming was a mom. Miles of alleys and they decided to set up shop 20 feet from us. Ah well, not a problem for me, as I made adjustments and kept on shooting. In fact, in one of the shots here, the entire crew is in the background of the image. Good luck seeing them. 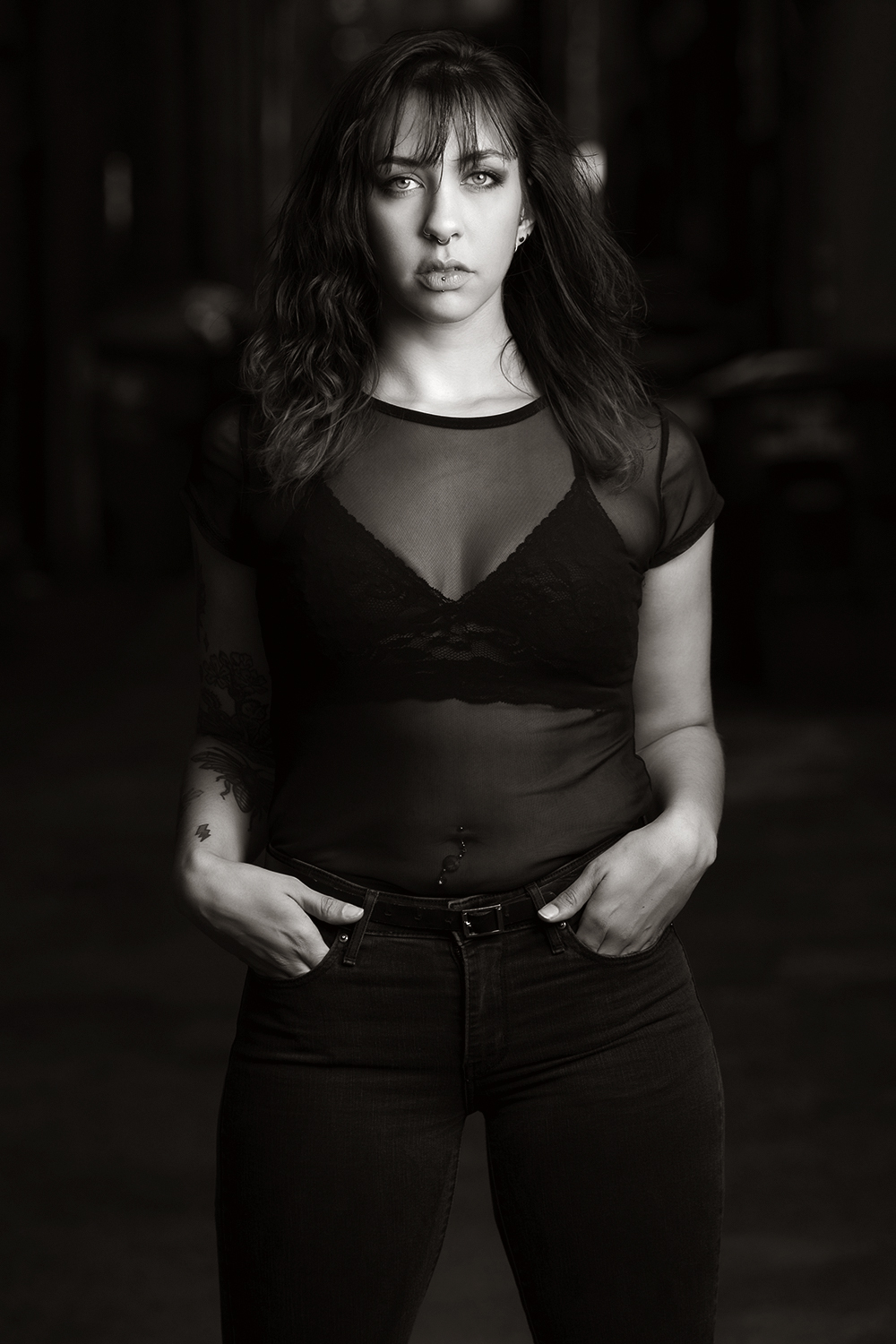 Corvus handled the whole session like a veteran. After a quick chat about outfits, how I work, and potential vibes to feed off of, she was off and running. She had a quiet confidence, as apparent from the images, but was also easy going. She adapted to the location and changing lighting conditions seamlessly. Her poses were natural and she flowed from one to another fluidly. We went from bad-ass to fashion and ended up with bad-ass fashion at the conclusion of the session.

I should explain one photo. I always make sure we don’t block the whole alley so foot traffic can get by.  At one point a police officer was walking through the alley and was waiting to see if it was ok to go past us. Corvus saw him and asked if he would like to join her for a shot. He took her up on her offer and I got the shot you see here. For the record, social distancing was maintained by all. 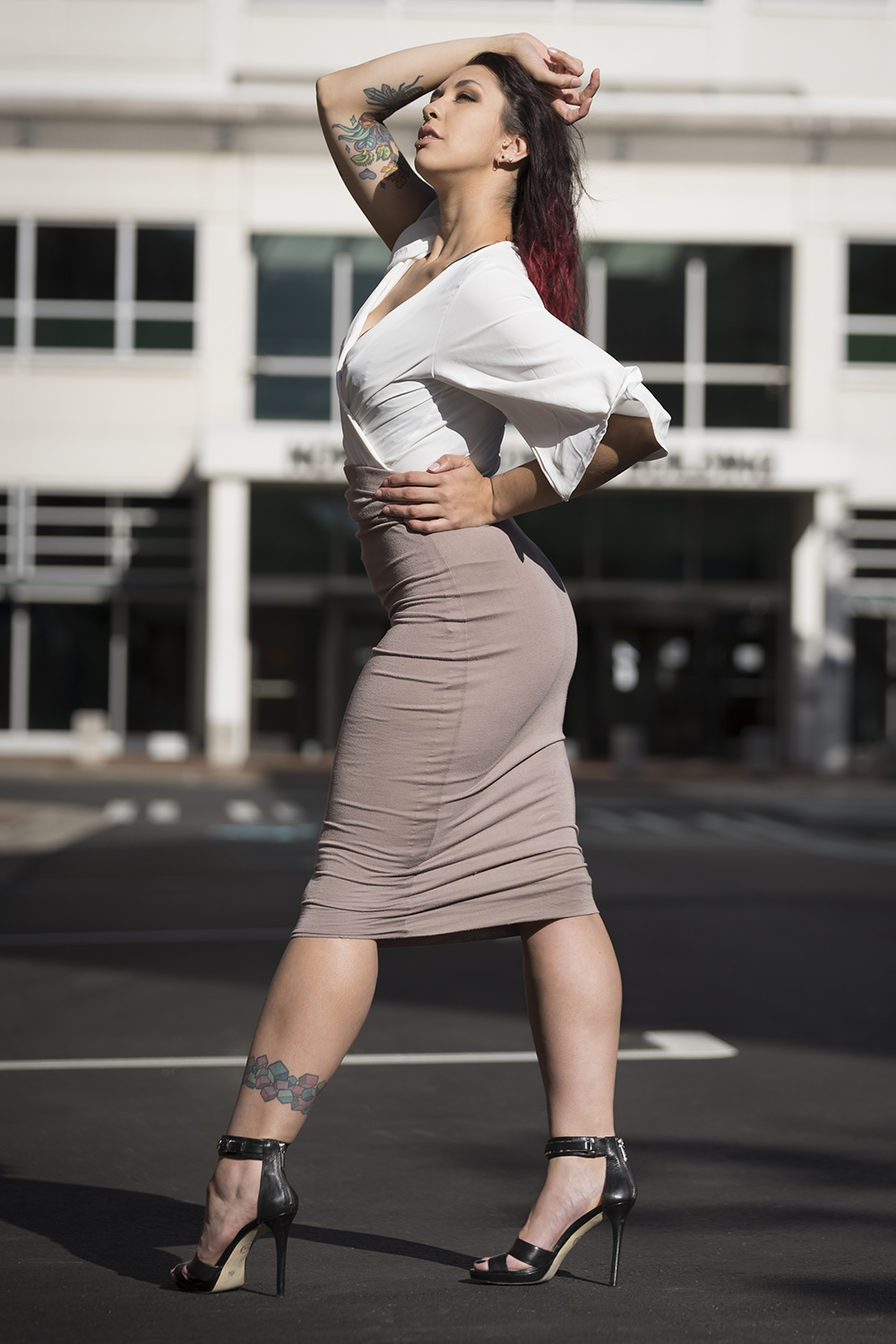 There were several high-fives during the post-session review of images. She mentioned that she saw herself as just starting out. I voiced my opinion that she was already working at a high level with her poses and confidence level. 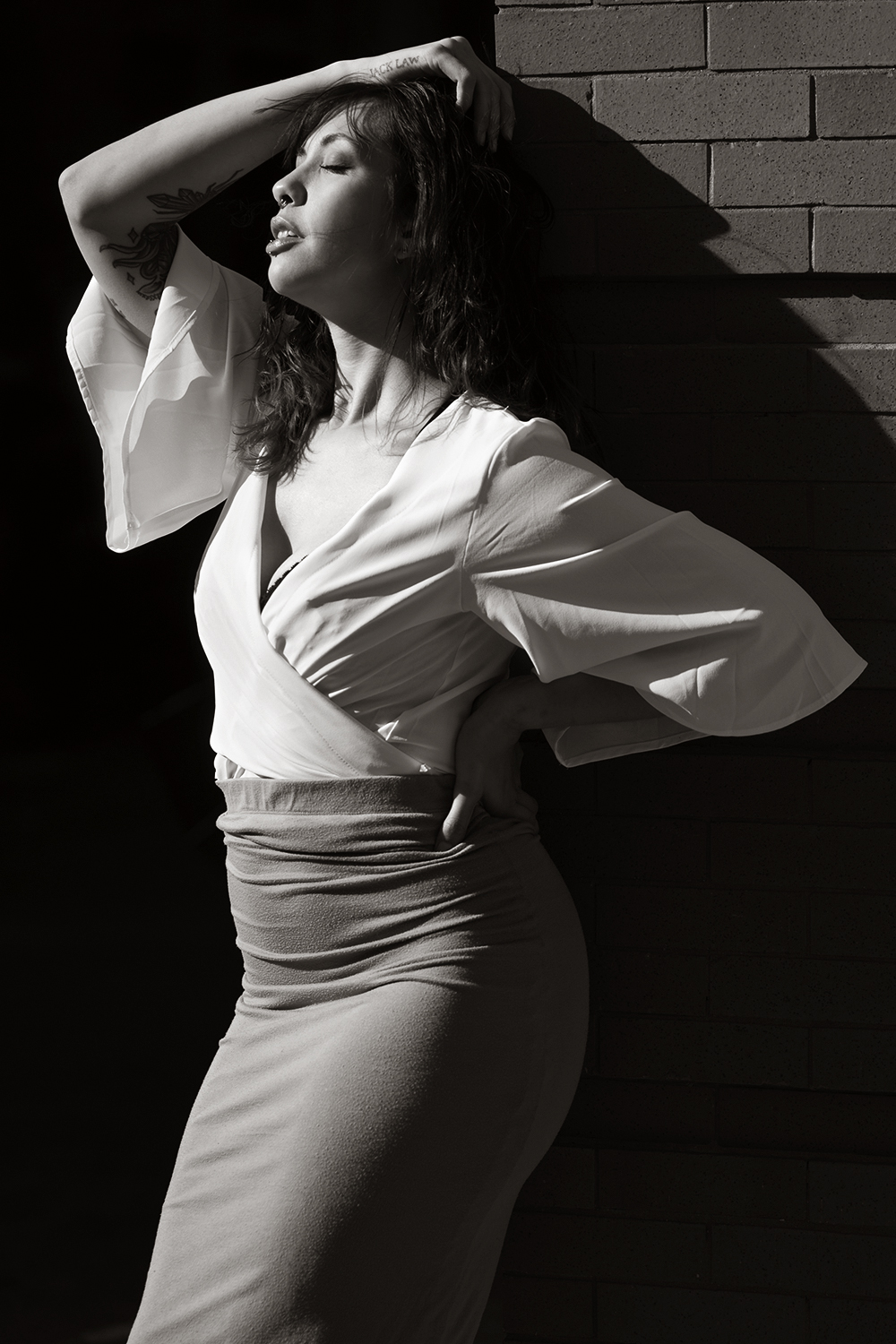 I see nothing but great things ahead for her and her modeling journey. I can’t wait to team up with her again.

Click on the thumbnails below to see the full-sized images. 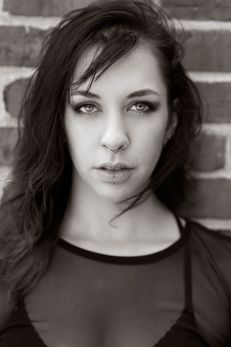 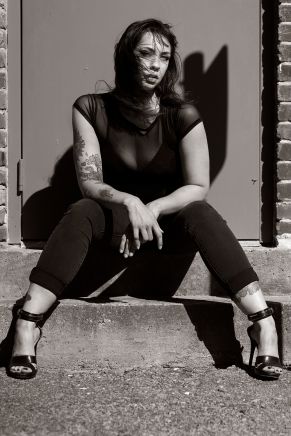 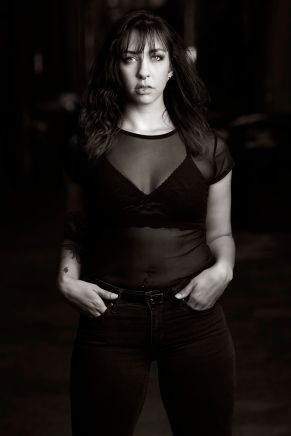 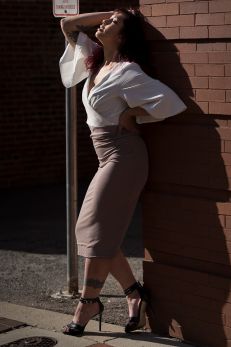 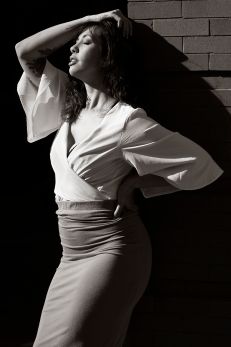