Near the end of our beach sunrise session the week before we started to talk about going again asap for a couple reasons. She was accepted into a prestigious dance college in New York City and was leaving in two weeks. She also wants to try out for a few modeling agencies while up there. So we decided to get one more session in before she departed for The Big Apple to build up her portfolio a little bit more.

Of course Mother Nature had other plans. All week we kept hearing about bad storms hitting late Friday well into Saturday which was the day we were supposed to meet up.  As late as Friday night they were still calling for 40-50% chance of t-storms. 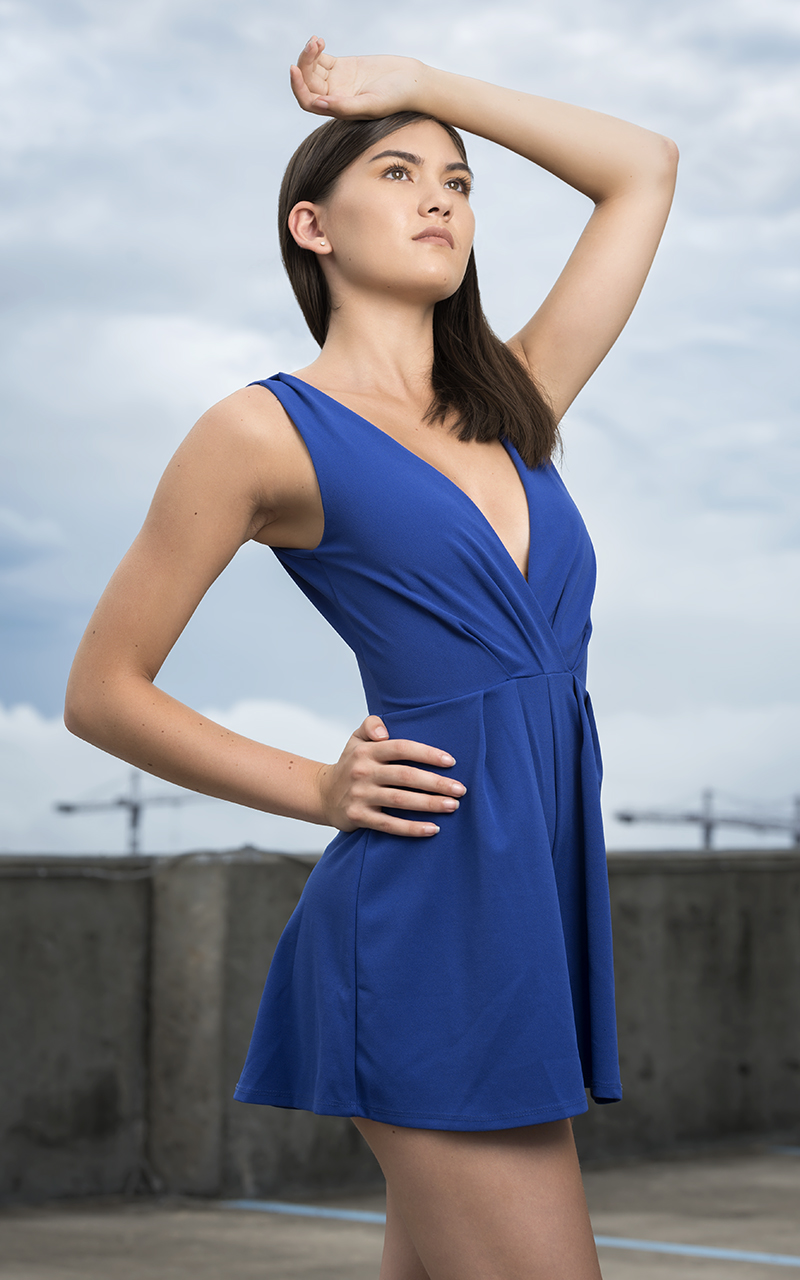 Now, let me just say, I have great respect for weather people but I’ve also learned to take everything with a grain of salt. I’ve cancelled sessions hours before go time due to forecasted weather only to have nothing happen. I’ve also had sessions, like the one a week after this, where the forecast was clear all week and still showed clear during the session, only to have it start raining right in the middle of it. I mean, I was looking at the local radar which showed nothing going on while there was a dark cloud over us and rain hitting my head.

So, needless to say, no matter what’s predicted, I always have a slightly skeptical eye until the shoot is actually over.

So, back to this session. We decided to roll the dice and see what came up. The original plan was to roam the streets and alleys of downtown Norfolk and shoot edgy fashion. At the last minute, as there was still too much of a chance of bad weather and this was the only day we could shoot, we changed that to stay right at the parking garage. We could shoot on the rooftop and, if the weather turned nasty, we could just move inside and continue the session.

You see those clouds in the shots? Those aren’t Photoshopped in. That’s what it looked like. There was one point, around the middle of our session, where the sun came out. We got excited and talked about taking it to the streets. 10 minutes later, the clouds came back so we stayed put.

For the record, I love threatening skies. They add so much energy and drama to the images. Truth be told, the bane of every outdoor photographer in Hampton Roads is the quantity of nice, sunny weather. Plain, clear blue skies are just so…boring. In my world it would be partly/mostly cloudy for every sunrise and sunset. Storm clouds, like these, sing to me and make me happy.

Easton and her mom were troopers. They put up with my shenanigans with grace and humor. Easton, who has experience as a runway model, got to explore the fashion side of still photography and did an amazing job despite nursing an injury. Colleen was my much needed lighting assistant as I was still trying to figure out how to incorporate the new light into my style of shooting.

I can’t wait for what’s next. 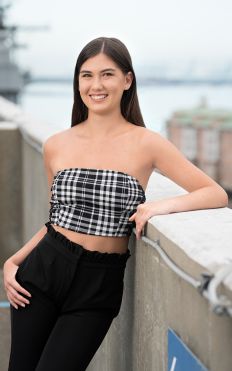 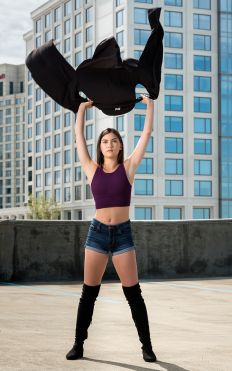